If you missed attending the Official Twitter Developer Conference “Chirp” held April 14-15, 2010 in San Francisco or the live video stream from Justin.tv, doesn’t mean you need to miss the insightful metrics we gathered while tracking the real-time Twitter event.

Our TweetReports shows a huge spike in hourly Twitter activity (posted messages that included the hashtag “#chirp”) on the first day of the event. Not surprising considering it was the first day of developers conference.

But the insights we found particularly interesting were the correlation between the hourly Twitter activity and the timing of the scheduled speakers. Notice the huge spike in activity (1856 tweets) for the 11 a.m hour — when Ryan Sarver took the stage to discuss the Twitter Platform Roadmap — as opposed to the 10 o’clock hour when Ev Williams was giving the keynote (108 tweets). Not exactly how I would have called the spread in statistics but clearly identifies why the Twitter developers were there.

The next two most active hours for the first day were 12 and 5. Given that the noon hour was a lunch break (915 tweets) and 5 pm was open mic questions from the audience (851 tweets), I really wanted to know what they were serving for lunch! Of course, once we drilled down into the exact tweets for each hour (yeah, we can do that too) we discovered it was Black Eyed Peas.

We also monitored hourly twitter activity for event speakers (messages that contained the speakers username) as well as identifying the top 10 most active #chirp tweeter’s, retweeter’s and top tweeted links over the two day event. If you compare the two lists, you’ll not only discover who was a very active participant, but also very generous in spreading tweets from others. And being able to identify and track brand evangelists is always a good thing. 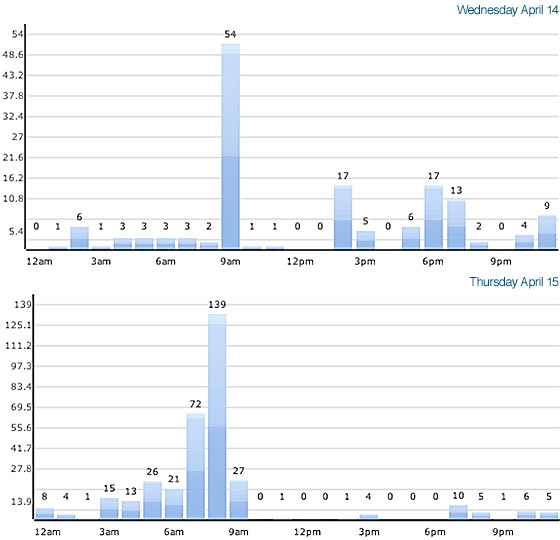 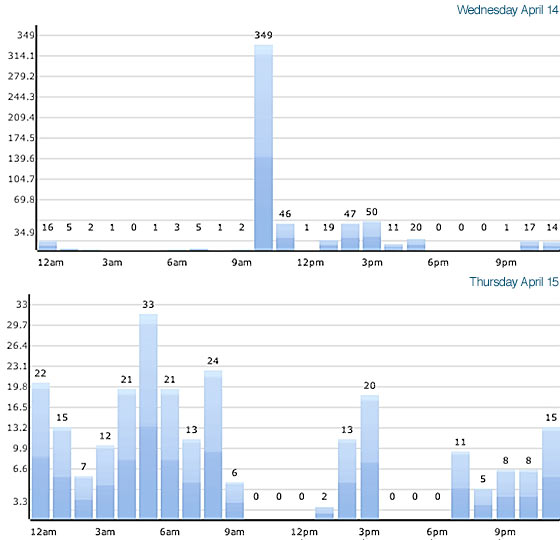 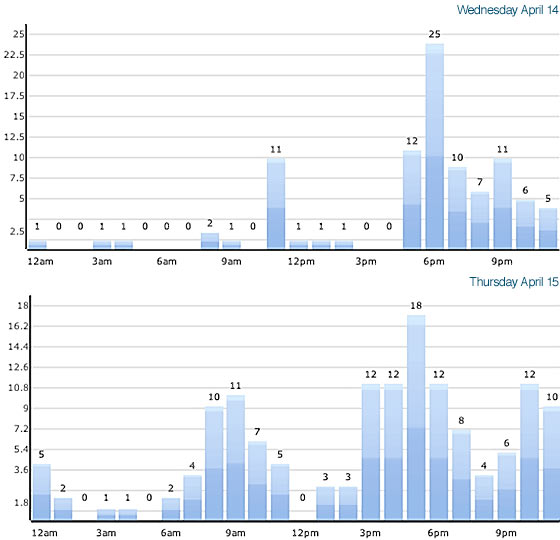 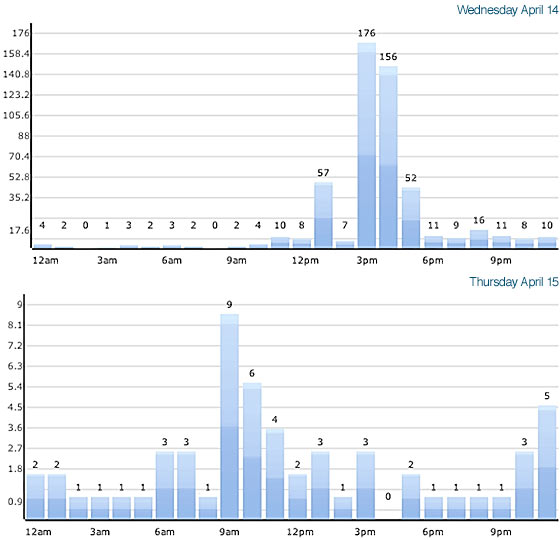 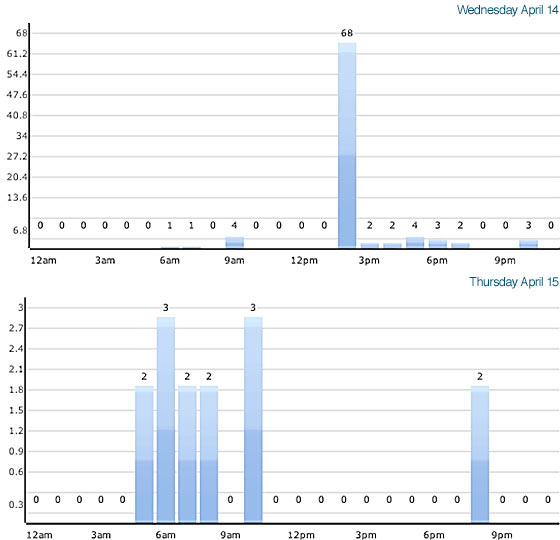 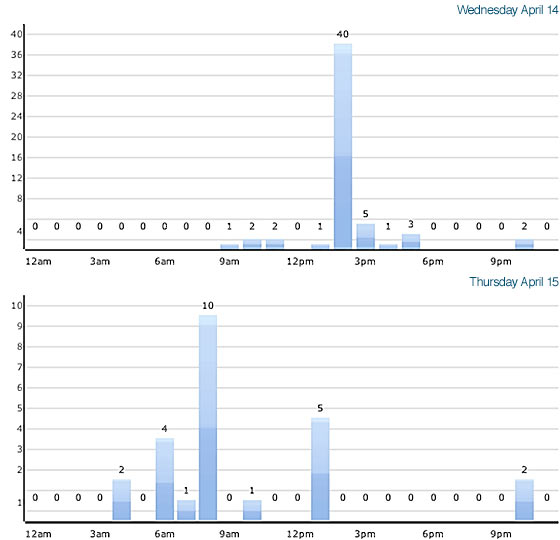 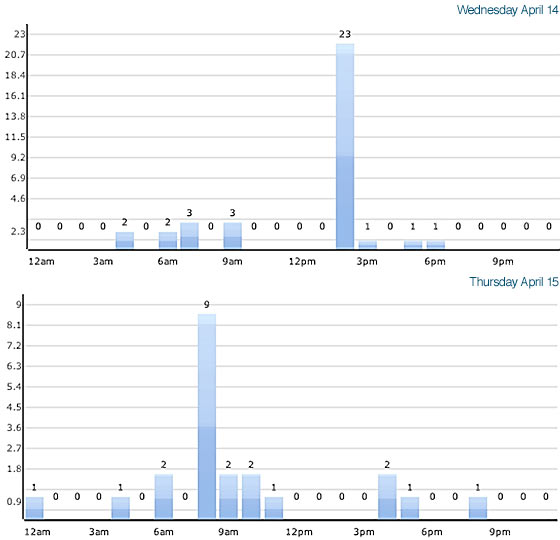 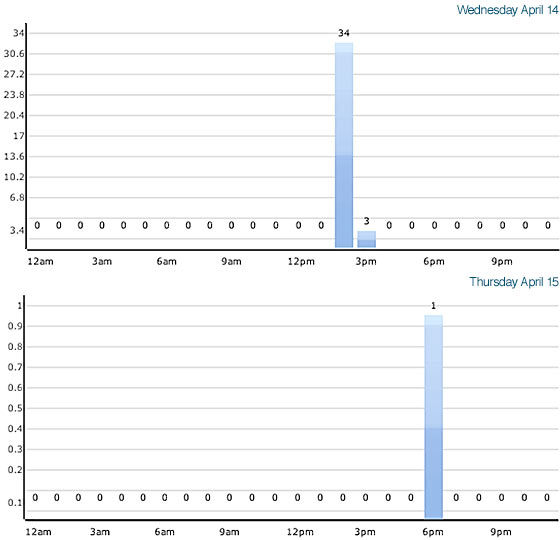 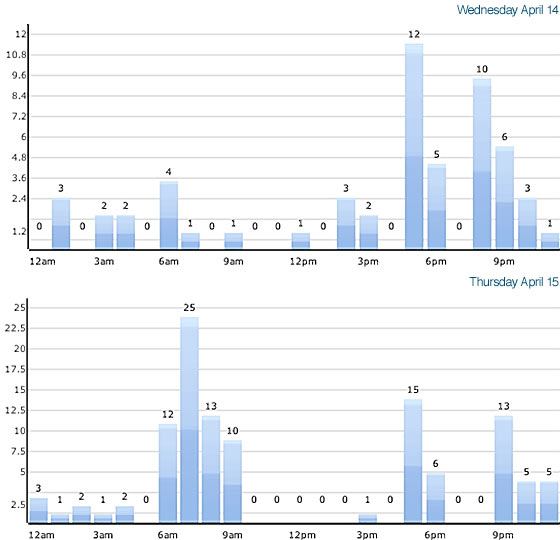 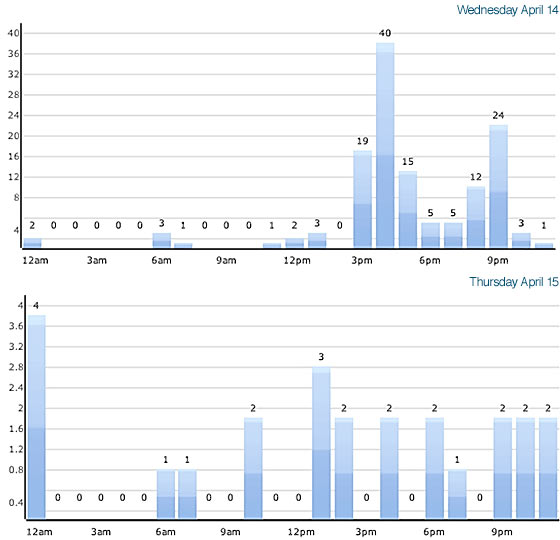 Apologies to Jason Goldman, Katie Stanton and Patrick Meier for whom weren’t monitoring at the time.