As last reported, Twitter claims more than 100 million new users signed on in 2010. And as of last September, Twitter was averaging 370,000 new sign-ups per day.

It was originally estimated Twitter would hit the 200 million registered accounts sometime in January 2011. Our estimation was Dec. 18, 2010. But the increase in new account signups has us all rehashing our math. 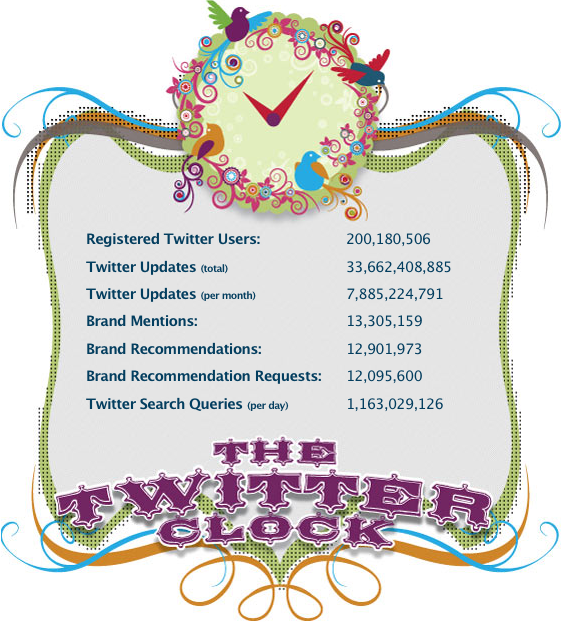 Even with a recent Pew Internet study indicating 21% off all Twitter accounts are inactive, the 200 Million mark is still impressive.